If there are two pieces of advice I can’t stand to hear people give those pursuing theatre, it is “take every role” or the closely related “audition for everything”. This “guidance” is something I have heard several times throughout my journey as a theatre artist, and the more I hear it the more it makes my frustration level go from 0 to 60 in seconds. Now let me explain… I think there are silly, immature, and career damaging reasons not to take a role. I’d be happy to talk about them, but that’s not for this post. And since this post gets a little heated, let’s take a step back and start with a Ryan Gosling meme:

In both my undergraduate and graduate universities, I had to take what was basically the same class … those of you who went to school for theatre as well know the one I’m talking about, the one where they pretend they can teach you about the business side of acting in a few weeks after you’ve spent semesters on the academic/craft side of acting. The class that pretends there’s a standard career path for artists the way there is for corporate careers, with neat little steps to follow. These classes were hands down some of my most miserable academic experiences ,and it was largely because they were rife with well intentioned misogyny. Let me give you an example from each:

In my Senior Showcase class at Pepperdine, my classmates and I heard the following one big wig that worked in the industry: “Ladies, if you aren’t budgeting manicures into your monthly expenditures then no one in LA is going to take you seriously when you walk into auditions.” The men were not told that they needed manicures. If I hadn’t already known I was not cut out for acting in LA, that would have sealed the deal. Later, as we worked on our showcase introduction, it was suggested that the people in the industry who were coming to see our scenes would appreciate it if in our intro we had a joke about how whichever woman had the biggest boobs would get a role and that the women in our graduating class could parade across the stage to be judged on their racks. This was at my conservative Christian undergrad. And when I absolutely refused to participate? I was told to get a sense of humor. I actually swore at the teacher and walked out of that class…

One of my responses to the patriarchy…

In graduate school there was a day in our “careers” class where somehow the topic of not accepting roles came up and one of my classmates implied that because I had moral standards (not doing shows I felt were offensive or not doing gratuitous nudity, etc. etc. ) that I would never have a career in theatre. I was surprised and hurt when I found most of my classmates seemed to agree with that statement or would rather keep quiet about the sentiment than contradict it. I remember saying that I am an artist and I will have a career in theatre, even if I have to create all my own opportunities. That I can have moral expectations and successful work, that perhaps my work will even be better for it. I also remember going home and defenestrating several empty bottles as I screamed in rage which my saint of a fiancé swept up for me.

One of my favorite vocabulary words ever. You’re welcome.

I’m not a prude. I love Shakespeare for pete’s sake. I think sex jokes and fart jokes are funny and the bard has plenty of both. I have appeared onstage in lingerie and kissed another woman for a story I felt strongly about and a character I loved

I have kissed another man while my husband was on stage with me.

This was taken from Brelby’s Facebook page… from Picasso at the Lapin Agile directed by Shelby Maticic. Picture taken by Anjali Patel

(Actually, the guy pictured above was one of two men I kissed in that show… the other was not my husband either… I will probably write a whole other post about how I personally decide which shows/characters I feel comfortable with and which I don’t…)

I think I have every right, though, to say- good for you, not for me. Or even- not for me and I don’t understand how this is good for anyone, can you please enlighten me?  (Plenty of examples of problematic casting notices on THIS BLOG)

You know what I think is worse for your career than turning down roles or not attending every audition? Losing respect for yourself. Or accepting a role you are completely uncomfortable playing and being unable to give a good performance. Or being known for your boobs, not your acting.

I’m not trying to make this post completely negative, in fact, I was inspired to write this by all the really lovely work being done by women around the valley and to encourage you to hold on to your standards. 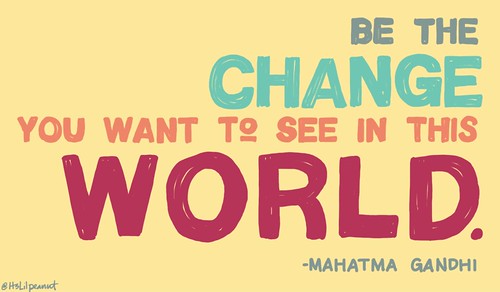 That’s why I choose to work with and support theatres that support women playwrights, directors, and actors- they exist!! I’d love to talk to you about how you can support them as well, although here are a few: I know I probably sound like a broken record at this point, but one way is to come see How I Learned to Drive! The work is gorgeous and the playwright is spectacular. The Theatre Artists Studio is doing work by another female playwright Gino Gionfriddo. You can read about it here , a play that Dan and I will see in a few weeks, just before my own play goes into tech week. Also, Brelby Theatre produces new works regularly- including two new musicals by a local female playwright their last two seasons. And as a husband/wife team, there’s a female producer/director/writer in the mix. You’d think in 2015 this would not be a big deal, but check out the depressing statistics in this article. The aforementioned companies are not the only theatres in the valley doing good work, they are just some I’ve worked with most recently and been impressed with. I know, however, that theatres supporting women and therefore making life and art better for both men and women are only going to survive and inspire other theatres to do the same work if you go support them!

In addition to trying to see and support those kind of shows, I choose to cast based on ensemble needs and acting abilities instead of type. I choose to make my own work so I can play roles like Juliet or Hamlet. I choose to pass on the belief that you do not need to scramble for every part and whore yourself out to make an impact in the theatrical community.

Playing Queen Margaret… with a king’s crown… part of our first Pandanda Players show: Q is for Queen

3 thoughts on “On Being a Female Theatre Artist”