One of my regular readers (who also happens to be my sweet cousin!) asked me, after reading about some of my dating nightmares, what my first date with my husband was like. This post is a much belated response to that question…

There are a few potential answers to this question… in my head, when I think of our first date, I think of three possibilities.

These two glorious actors- Rene Thornton Jr. and Sarah Fallon played Beatrice and Benedick. I had the privilege of seeing them play Dido and Aeneas a few years later just before attending my bridal shower. It’s a pleasure to have so much of my love story wrapped up with glorious words and performances.

The first thing I think of is the night we met. It was the week before my graduate program started and I was over the moon excited to see my first performance by the American Shakespeare Center’s resident company (I’d seen the touring company earlier that spring, but now I was there as a student which meant all the free shows at the ASC my little heart and overly full schedule could handle!). The show was one of my very favorites- Much Ado About Nothing. I had let my classmates know I was going to the theatre that night in case anyone wanted to join and as I headed out to the theatre with one of my housemates, a friendly face from down the street asked if we were heading to the show. I told him we were and he joined us for the show. We sat on stage that night and watched a marvelous, joyful performance of Much Ado. I had my housemate on one side and, unbeknownst to me, my future husband on my other side. My poor housemate kind of got shafted as I spent the whole of pre-show and intermission talking to this guy from down the street. I think it was the only time I didn’t bother listening to any of the delightful live music the ASC provides during those times. After the show, we all walked back to our street and decided to just keep talking over a beer or two. We said goodnight several hours later. And after I could finally get myself to stop smiling… I reminded myself that I’d made a vow to myself to focus on being there for school and that after my nightmare series of dates in NYC I was not interested in that shenanigans… but for some reason, we both decided that night was important enough to keep those ticket stubs to Much Ado… something we joyfully discovered a few weeks before our wedding!

Which brings us to possible “first date” number two… a few days later, I got a text from the guy who I was definitely not planning on dating because school and independence and fear of commitment etc… asking me if I was free the next day. I… sort of stretched the truth… I told him I was impossibly busy and couldn’t imagine any foreseeable free time and his response was “that’s ok, would you let me make you some coffee so you’re ready for your busy day? Do you want to come over and have a cup before your day starts? Or should I bring it over to you?” I remember thinking “CURSES! He knows my weakness!” at the time I definitely would not have considered this our first date, but how can you deny the dating type feel of meeting and laughing over a cup of coffee? Plus, that first semester of graduate school soon became defined by morning coffee dates before class or rehearsals or gym sessions or paper writing. When I think of my first memories of our relationship, I think of drinking coffee on the back porch as the seasons changed around us and the year progressed and we fell in love. 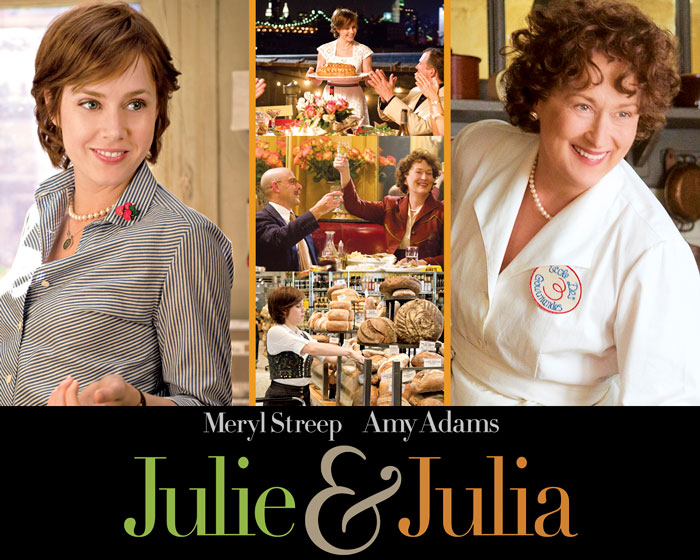 This being the first movie we saw together means we’re due for a trip to France for an upcoming anniversary… right?!

And finally, we have our first “official” date. Our first official date occurred just under a month into seeing each other, after my delusional strategy of “hey, could you sit on the other end of the classroom so our classmates don’t see us as a couple? I just don’t want to be defined by dating you…” had faded away (Seriously, I’m so lucky my husband is a patient man because my fears around romantic relationships seriously made me kind of mean sometimes.) I mentioned that we technically weren’t dating if he wasn’t taking me out on dates, so maybe he should plan something. Since we’d already been going to the theatre together several times that first month, we decided to be a little more traditional and planed to go to the movies. And since we were poor graduate students we decided to forgo dinner out for a simple meal cooked at home and go out for dessert instead. (Ice Cream. I am seriously obsessed with ice cream. Also, if you are ever

“Serve God, love me, and mend…” Our favorite line from Much Ado was stamped into the bowl that carried our rings down the aisle on our wedding day.

in Staunton, VA please do yourself a favor and visit the Split Banana!) I got to pick the movie and I was thrilled that I got no complaining when I chose Julie & Julia. We laughed through the whole thing and had a delightful evening. It helps when your first date is with someone you already know plenty about and feel comfortable with. Which is why even though it’s our “first date” it’s hard to really consider it a first date with everything that comes with it.

So what do you think readers? Which one of my options would you consider our first date? I’m thrilled with all of them, and even more thrilled that we no longer have to worry about first dates. We still love seeing shows together and have a particularly strong love for Much Ado About Nothing. We still talk way to late into the night, even when a baby is waking us at all hours. We still love sharing coffee together and it remains my favorite small act of service he does for me (aside from when I’m pregnant… then I can’t even be near the smell of coffee tragically…), and we still love laughing together and indulging in ice cream. All auspicious beginnings, but hard to pinpoint just one!

4 thoughts on “My Last First Date…”