I have been surprisingly exhausted all week… plus, it’s that time of year (Lent) where I do some more personal journaling about sin, prayer, etc. all sorts of things that don’t usually end up online but are really good for me. Those things combined have led to a dearth of posts this week, but in honor of Valentine’s Day and the fact that in several previous posts I’ve alluded to this, I wanted to write a little something on the Cupcake Theory of Love 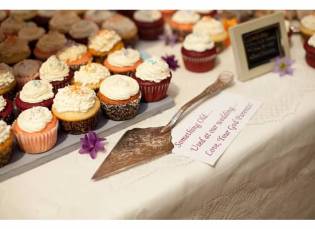 Cupcakes from our wedding!

The Cupcake Theory of love is something one of my best friends and I created during my first year of college at Pepperdine. Undergrad is that perfect time to wax poetical and philosophical on life and love and stay up later than you have to just because you want to talk more (sometimes I still do that with good friends, but I pay for it a lot more the next few days… )

I don’t remember how we landed on cupcakes, but here’s what we came up with- I think we started with cake and realized we should change it to something with individual serving sizes….:
Love is like a Cupcake:
*The actual Cake is the friendship/emotional relationship. It’s being able to connect and support each other. It’s hard to get right and when you find a good one you appreciate it.

Ironically, Sprinkles cupcakes do not include Sprinkles…

*The Frosting: Frosting is like dating and romantic interest. This is where I should bring up that this was pretty specific to the way I view/viewed relationships not how I expect everyone does. It is definitely influenced by a Catholic view that you probably don’t want to date anyone you can’t imagine marrying. So… we declared frosting necessary for a cupcake to be a cupcake. Ideally it’s on top of a cupcake. But who hasn’t wanted to eat a few spoonfuls right out of the mixer/package at one point or another? Still, odds are good that if your end goal is spoonful after spoonful of frosting you’ll end up with a stomach ache.
*Sprinkles: Sprinkles are sexual/physical attractions. They make the cupcake look even better than it already did and who doesn’t like that extra dose of sugar/feeling happy about life? But if you ever tried to chug sprinkles alone…. you are going to get sick.
*The foil wrapper: Blind lust. is there even a cupcake underneath that thing? Or is it all sprinkles and maybe some frosting? Shiny… distracting… and can make your cupcake burn easier.
*The Difference between CUPCAKES and MUFFINS: this was perhaps the most important construct of this theory for us at the time… because we were a pair of good friends and each of us were the opposite gender, we got a lot of comments about how we should be dating… but we were never attracted to each other, so we decided that instead of being cupcakes for each other, we were muffins. Because isn’t the main difference between a muffin and a cupcake that there’s no frosting or sprinkles on a muffin? Also, you need muffins to sustain you before you get to the part of your day where you are ready for a cupcake. So this worked perfectly for us.

So there it is, the cupcake theory of love in all it’s silly, fluffy, wonderful glory. I hope your Valentine’s is wonderful and silly and glorious as well. 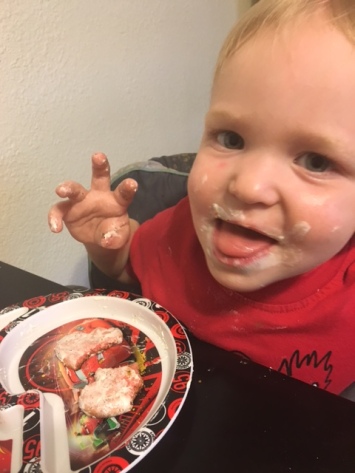 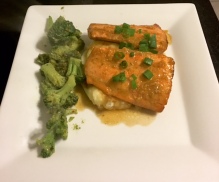 We stayed in most of the weekend but have little plans to celebrate throughout the week… actually we try to celebrate our love all year, but it’s nice to have an excuse to do something extra. In the meantime, my own sweet cupcake made us a delicious, romantic dinner last night with one of the new recipes I wanted to try. Sometimes the simplest things are the best things. How did you celebrate the love in your life?

3 thoughts on “The Cupcake Theory of Love”