The single life event that is documented more than any other seems to be one’s wedding. I am kind of in love with our wedding photographs. We have canvas prints of some favorites on our gallery wall, I made shutterfly albums that contain many gorgeous pictures, and on top of that I still printed out hundreds of professional shots even though I have NO IDEA what I’m going to do with them (I think at the time maybe I thought I’d want my entire house to be decorated with wedding pictures? I was clearly not looking ahead to the fact that I’d want pictures from our marriage/family too..) And because our photographer was SO AMAZING (and also happens to be one of my incredible and closest friends) and we wanted to display her work throughout the house, I had kind of forgotten about this other stash of wedding photos I had until I was cleaning out our office…

I discovered about 100 photos from our disposable cameras. These were actually the first photos we got back from our wedding since we developed them as soon as we arrived in Phoenix after graduation. Now, a little confession… I basically had disposable cameras at our wedding reception for two reasons:
1. I remember having SO MUCH FUN with them at my mother’s wedding (the one I was at aka when she married my stepdad…  old enough to think running around taking pictures of my own was THE BEST)
2. Tina Fey (well, technically Liz Lemon) told me to: 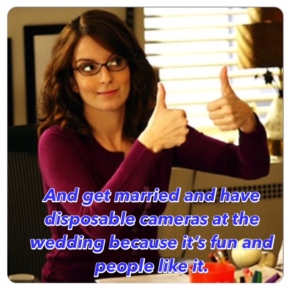 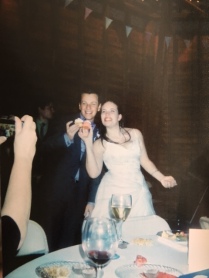 Fun Fact: The bunting in the background was one of my favorite Do It Together touches! It’s made from Shakespeare scripts.

I remember actually being a little disappointed when we first got the pictures back because  they were SO MUCH MORE expensive to print than digital shots and many of them were just black or flashes of light from people not using the flash setting or from film development errors… we threw out the ones that had no distinguishable people or things and I enjoyed the ones we had left even though I was a little sad that many of those made people look crazy pale from overexposure in the flash or had some errors in printing, etc. It wasn’t until I re-found these photos that I realized they are treasures. I mean, they won’t be replacing any prints on my gallery wall, but I knew right away I needed to get them in an album ASAP. Here’s a few reasons why I am SO SO SO glad we listened to Tina Fey and had disposable cameras at our wedding to supplement the excellent photography we already had:
1. We got pictures of our photographer. As I mentioned earlier, our photographer happened to be one of my best friends. I knew, because she would be behind the camera most of the day, that I needed to intentionally get a few pictures of her WITH me and we have a formal shot together before the ceremony and one or two at the reception, but it is a BLAST to find pictures like this of her enjoying the day. 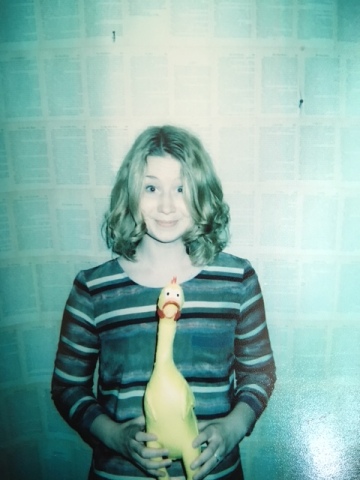 Talk about multi-talented- Katherine also made the awesome photo booth background out of book pages!! Then we found silly props from our grad school shows.. 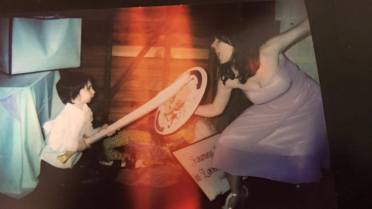 2. We got truly candid shots. One of my favorite resources when I was wedding planning was the blog (and the book) A Practical Wedding. It had a really lovely emphasis on thinking about how you want your wedding to feel and what you want it to mean, not on what you want your wedding to look like. We have some professional photos that are candid and gorgeous but for the most part, people notice when the photographer is near them and in the editing process those 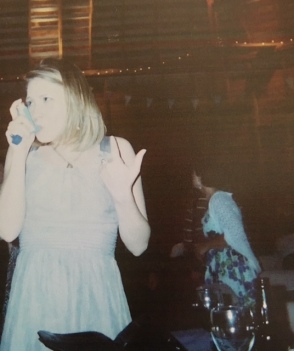 pictures of someone enjoying themselves so much they are ugly laughing usually disappear. Even the photos that people would capture on their phone would usually get deleted if someone thinks they don’t look perfectly flattering or the angle the photo was taken at isn’t their preference, but then you lose that moment. Like the one above of one of my best friends from high school sword fighting with my nephew. It is perfect in spite of the crazy angle and the strange printing/film error in the middle. When I look at both my professional shots and these disposables I see so much joy. That feeling and that meaning I thought about when planning my wedding is all there. The disposables are this indisputable proof that people weren’t just posing for a camera, they were having a blast. They show that at least one dance was dancing so hard she had to use an inhaler. They show my husband and I were having a blast and it is apparent even when we look like ghosts from the poor quality of the shot. 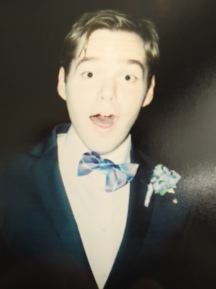 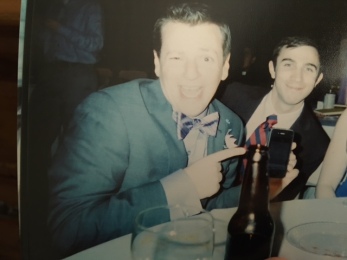 3. Many Perspectives: even if your photographer has a team of three or more people you will never get as many perspectives as you will with disposables. I had a single photographer and I wanted her to enjoy my wedding as a guest too! Disposable cameras helped cover the time when I encouraged her to eat, drink, dance, and be merry. This is a shot of some of my college friends causing chaos and mischief on my phone which I had given to them to take some pictures of our entrance from a different angle. To be fair, they DID take those pictures. They just also set a “morning prayer” alert for 5am the next day…

4. The meta moments: Something about disposable cameras makes people really want to take pictures of people taking pictures. Maybe it’s all the graduate school but I love these little meta moments. Check out how many cameras are in this picture NOT counting the one taking the picture. 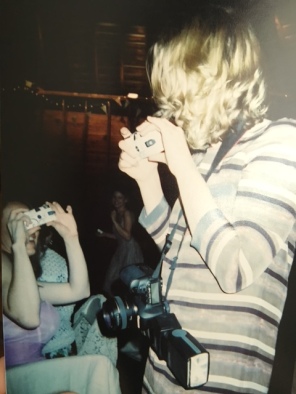 I’m sure there are even more reasons, but before this post gets too long, I want to mention that this was a single day project which is good because I have a lot of big projects going on 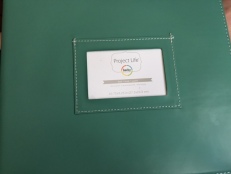 right now. I went on the hunt for a small album to hold these treasures and my hunt brought me to goodwill. I wasn’t looking for a specific kind of album but I ended up lucking out and finding a Project Life mini-album still in its packaging for $3! YAY GOODWILL! I came home, scanned the photos 4 at a time into my computer so I’d have a digital copy, sorted photos and stuck them into the album all during nap time then filled in little notes about the moments and people a bit later on some extra journaling cards I had from my travel album and BOOM. DONE. Now people can look at them and enjoy them instead of them remaining mysteriously tucked away in the back of a closet. SUCCESS. 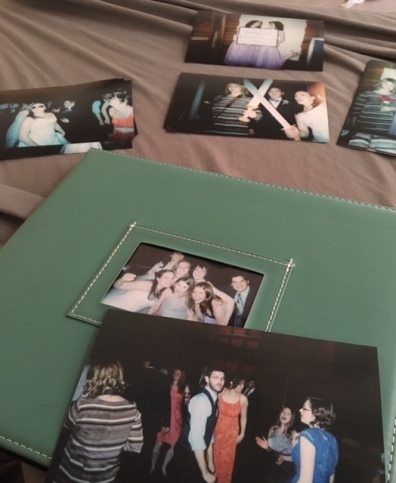