Welcome back to the final post in this three part series! In case you missed it, you can check out Part I HEREandPart II HERE.Today in Part III I’ll be sharing some of the songs shared with me by some of my readers!

Shake It Out- Florence and the Machine: NOT to be confused with Taylor Swift’s shake it off (though that appears on this list later…) I love this suggestion! Favorite lyrics: “It’s hard to dance with a devil on your back so shake him off” Yes.
Eye of the Tiger: Classic. If I hadn’t put “You’re the Best…” on my list in part I this probably would have been my montage song I’d chosen. Plus… I don’t think the person who suggested this did so for this reference, but I LOVE the Modern Family episode that talks about this song.
Fire by Pink: Pink in genera has a lot of go get ’em type songs but one of my readers suggested this was one of her favorites because of the solid beat and the lyrics just speak to overcoming challenges and getting it done.
This Year- The Mountain Goats: TWO of my readers suggested this gem and I can understand why- “I am gunna make it through this year if it kills me” is definitely a relatable anthem
Dog Days are over- Florence and the Machine: This wins for most reader votes as it was suggested to me by FOUR different people and it made me really happy because two of the three of them told me it had originally been my suggestion to them! It is dark and hopefully and energizing all at once and, again, being a fan of literal encouragement when working out, hearing how many times it says “Run fast” is a plus… And it’s just a song that makes you want to dance and go get stuff done.
You me and the bourgeoisie by the sumarines
How far I’ll Go from Moana: I’m just so glad I’m not the only mama motivated by Disney music their kids listen to 900 times a day.
Shake It Off by Taylor Swift: This is another one of my own suggestion that ended up coming back to me! I actually can’t believe I left it off my earlier lists because when my son was little I changed the lyrics to a “mom version” that included “The baby’s gunna cry cry cry cry cry and the mama’s gunna try try try try try to wipe his little eyes eyes eyes eyes eyes and make it stop, make it stop!” My son still sings these lyrics.
Wanna Be Startin’ Somethin’ or Bad by Michael Jackson: One of my readers actually sent me her whole secret Spotify play list that she uses to jazz her up before business meetings! I couldn’t believe 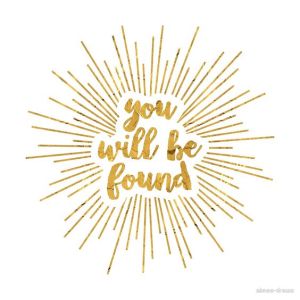 I’d left off the king of pop so I picked two of his songs on her list to share here!
Fight Song by Rachel Platten: I mean when it comes to female anthems this one has definitely solidified its place. This song makes me smile extra ever since it was connected to a local theatre’s work on a premiere called Rosie’s Pub and Return to Rosie’s Pub which was about a bunch of historically important women meeting up at a pub run by Rosie the Riveter!
You Will Be Found from Dear Evan Hansen: Oh man… I have purposely not listened to this album because we are seeing the show in December and I like being surprised and experiencing it all live, but  now I know to bring some tissues because I’m crying just from this song. SO SO BEAUTIFUL and I’m so glad it was shared!

Praying by Kesha: And speaking of songs that bring me to tears… If you need a song that reminds you of how strong we can be in forgiveness and making art to recover from trauma this is it. It’s a hard song for me so I would not have thought of adding it and I’m glad it was suggested.

Thanks for following along during this series! I am feeling inspired and I think I have some playlists to make!